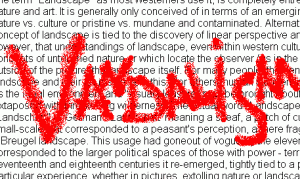 Although Cambridge is not a world blackspot for major crime such as murder, local residents express anxiety and concern about many issues connected with crime and vandalism.These include burglaries from homes and cars, cycle theft, graffiti on buildings, vandalism affecting gravestones in the Victorian cemetery off Mill Road, and misuse of garages. Inadequate street lighting, and the safety of both women and elderly residents in our streets, all need to be improved.

Survey on Car Vandalism
Most Petersfield residents have to park their cars on the street and, as a consequence, many vehicles suffer damage. In fact, among Cambridge wards, Petersfield suffers the highest rates of recorded damage to vehicles.

From January – June 2000 PACT conducted a joint survey, with the Police, into “Criminal Damage (vandalism) to Parked Vehicles”. The results confirmed our impressions of ‘hot spots’ and ‘hot times’ for this sort of crime.But what surprised us was the high proportion of these incidents -70%- which were not reported to the police.It is important that such crimes are reported so that police know the extent of the problem. A decade later, and such concerns are still an issue, despite heightened general awareness. In part of course, the high rate of antisocial behaviour is due to the loss of the Howard Mallett as our community centre, leaving youngsters disaffected, bored, and looking for mischief, but this does not excuse it.

Cemetery Vandelism
Following nationwide coverage of the vandalism in Mill Road Cemetery, a Friends of Mill Road Cemetery organisation was birthed from PACT, and continues to grow from strength to strength. You can glimpse their work by clicking on the links to Mill Road Cemetery on the left, or by taking advantage of a sunny day to walk through this special place.

Anyone with a graffiti problem should ring 01223 458282, the City Ranger Helpdesk number. They will take the details and pass them directly with the Streetscene Graffiti Team. They will make contact with you and deal with the graffiti quickly and effectively, using modern hi-tech compounds – the days of high pressure blasting are long gone! If you’re a Council tenant, there’s no need for any paperwork and if you’re a private owner, there is just a simple form to complete prior to works commencing. It’s a free service, subject to a few exceptions, so don’t let graffiti vandals wreck your neighbourhood – report it and get it removed.